Drug Serialization Mistakes: What To Look Out For

Are you making these drug serialization mistakes?

In recent times, serialization in the pharmaceutical industry has become a big topic, but hardly anyone is talking about drug serialization mistakes. Although serialization has, on the whole, revolutionized the pharma industry for the better, there are still some errors that slip through the cracks and create problems both for companies and consumers.

Drug serialization mistakes are generally made by companies that are not very experienced. They jump right in, confident in their ability to serialize their medicine quickly and efficiently. It is only then, unfortunately, that the real difficulty of serialization starts. These difficulties have always been there, but the company in question was not aware of them.

The best cure for inexperience is experience. However, knowledge comes in at a close second. In this article, we will arm you with the knowledge you need to avoid the most common drug serialization mistakes. We will discuss what they are and try to offer both individual and global solutions to them. By the end of this article, you should have a better and more cautious understanding of how drug serialization works exactly.

Let us get started then, shall we?

In business, decisiveness and swiftness are generally good qualities. However, in the pharma industry, it can be a one-way ticket to making all kinds of drug serialization mistakes. As such, we have put this mistake as the first one. All of the others, to a lesser or greater, extent, flow from recklessness and a lack of information. If you will get one thing from this article, we hope that it is how to avoid making this mistake.

Successfully serializing your pharmaceutical products is more complicated than simply having someone come and stamp your packages with fancy numbers. There are many requirements that first have to be met. During this requirements gathering phase, catching errors is easy enough. Although it may be a hassle, it does not usually take too long to correct them. Once projects start moving along, however, the cost and time required to make changes rise dramatically.

Mistake #2: Not knowing the serialization requirements of different countries

Depending on what it is, it is unlikely that your drug will only be sold in one country. This complicates things for serialization because, as you might have guessed, different countries and markets have different regulations. Unfortunately, not understanding these differences leads many companies to make drug serialization mistakes, making their products unmarketable in certain regions. This is an issue if sales within those regions were initially predicted.

For example, some countries have more aggressive timelines for compliance. If you are basing your timeline on your own country, you may run into trouble down the line when you decide to sell your product in other markets. Do not be fooled, either. Some serialization providers may not even be fully aware of these differences, which heightens the importance of being connected with the right serialization vendors and systems.

Therefore, when setting up a serialization project, you need to ensure that you meet the needs of the different markets. Otherwise, these gaps in compliance will stagger the process and cost you more time and money down the line. You should have a robust documentation of each customer country’s interpretation of serialization and their respective regulations. In this way, your drug will be eligible for their market and everything will proceed according to plan. Just make sure to double-check your research as not all sources are accurate or up-to-date. 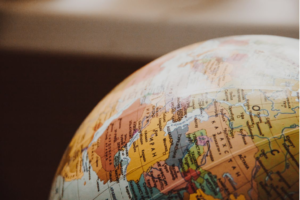 Mistake #3: Underestimating how much time it will take

Many drug serialization mistakes lie in false assumptions about the serialization process. It does not help that many serialization vendors promise ridiculous timelines, sometimes under two months. Of course, if everything aligns perfectly, this is possible. However, it is more than likely that some complication or other will arise and stagger things to an extent. Whatever it is that they tell you, know that it is unlikely that a serialization project can be finished in 45 days or less.

The correct prognosis is usually a little more conservative, closer to half a year. This is still assuming a lot of things go well, and yet it seems quite long to many pharmaceutical companies who want to get their products out there. A remedy for this way of thinking is considering all of the stages of the project. Requirements gathering, vendor selection, equipment sourcing and installation, hardware and software integration, along with testing and validation take a long time. And (guess what) an error in one link of the chain often necessitates changes along the entire thing. This is once again why it is better to take one’s time in the beginning rather than suffer further down along the line.

You need to have an in-depth conversation with your serialization vendor about the plan they are proposing. Inquire into the timeline and how accurate it truly is. Most importantly, assume that no matter how generous the timeline, it is good to leave some room for delays or stagnations.

This mistake may sound similar to the first one, but it is a bit different. Instead of charging in head first, here we are talking about having a false idea of how to plan things. One of the most dangerous drug serialization mistakes is not realizing that you will have to make changes to your product in order to make it compatible with serialization practices. How will you do this? A lot of it has to do with a packaging redesign in order to make it compatible with serialization number printing. Changing the design of your labels and artwork will take additional time and must be completed before the serialization process gets going in earnest.

Furthermore, you will need to build up an excess inventory of your product. Product distribution shortages are killers in the serialization process. A solid production plan will need to be developed. A lot of these things do not have directly to do with serialization but are simply part of efficiently managing a pharmaceutical company.

To summarize, you will need to accommodate the serialization process by modifying your product (or at the very least its labels and packaging), produce an excess inventory of it, as well as create safety nets in the event of potential system malfunction. This includes things such as having enough staff and resources to perform manual packaging in case there are problems with the packaging line or other parts of the serialization process. 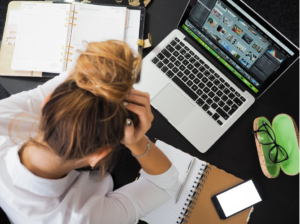 It is a long-established fact in the business world that the devil lies in the details. Serialization vendors will often provide you with a fairly attractive price, only for you to later discover how that number did not exactly cover all of their services. In fact, turns out that was only the cost of a part of the entire serialization process. Drug serialization mistakes happen when we do not ask for comprehensive project pricing and simply take what vendors give us at face value. This leads to accepting substandard deals (because, after all, who wants to back out when the serialization process is two-thirds of the way through?).

As an antidote to this, it is necessary to think about and discuss the pricing details with your vendor. What does the price cover, exactly? Are you paying for just one line or all of the ones you need? Does the price include requirements gathering, FAT, SAT, as well as the Validation parts of the process?

Not only will this ensure that you do not get swindled in the deal, but it will make the vendor aware that you are not someone to be easily manipulated. You know your stuff, and as such, they will be less likely to try anything similar as the deal goes on.

One of the most common drug serialization mistakes is underestimating how many changes the serialization process will introduce into your supply chain. As we have mentioned earlier in this article, drug serialization involves an overhaul of many business processes. A lot of these involve not only automated systems but also employees.

These employees must be properly trained to handle the diverse challenges of serialization. Moreover, they must be educated about the concept of serialization as well, for if they understand its many benefits (more on that in the next point), they will be more enthusiastic about accepting it and, more importantly, learning about it.

A comprehensive training program should include all users as well as support personnel. You want your entire production line to be up to date on what serialization entails. If this step gets handled well, then the ensuing period of serialization will be more painless. If you were discouraged by the long project times we discussed earlier, then this is one way you can it down to a reasonable period. 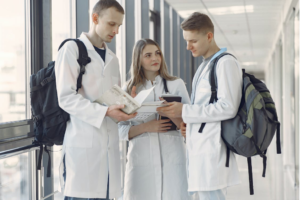 Mistake #7: Not understanding the opportunity provided by serialization

A lot of pharmaceutical companies implement serialization as if it were a chore. They have to do it in order to comply with the DCSCA or its equivalent and so they do it. This is one of the most common drug serialization mistakes because it leads you to neglect the amazing business opportunities that lie within serialization.

This wonderful tool, apart from being an amazing form of quality control and anti-counterfeiting measure, provides an entire swath of other benefits to your company. For example, the ability to track the packaging and distribution of your product can improve batch yields and decrease product loss. This leads to more accurate bookkeeping and a clearer idea of how much you are spending, selling, and earning. Furthermore, you can get a better idea of how long it takes to transport a unit of product, not to mention determine which parts of the process are forming bottlenecks.

All this is to say that serialization provides an amazing opportunity. Utilizing the added organization that is a byproduct of serialization, you can improve the efficiency of production and transportation, and create a more efficient pharmaceutical company. These advantages are either impossible or difficult to realize without serialization.

The right kind of help and advice

With all of these drug serialization mistakes (and many more) lurking in the realm of possibility, you might be asking yourself if it is wise to go about this serialization business alone. The answer to that is quite simple: not quite. Although you may be more than capable, small errors and oversights can slip their way in through the cracks and unnecessarily complicate the process. Not to mention, also, that finding the right serialization vendor can be a nightmare.

We help to find, choose and implement the most innovative solutions. More ABOUT US.